Below is the screenshot of the page which was updated on Ontario Provincial Government’s website on March 6, 2015, urging everyone to join the conversation #WhoWIllYouHelp. 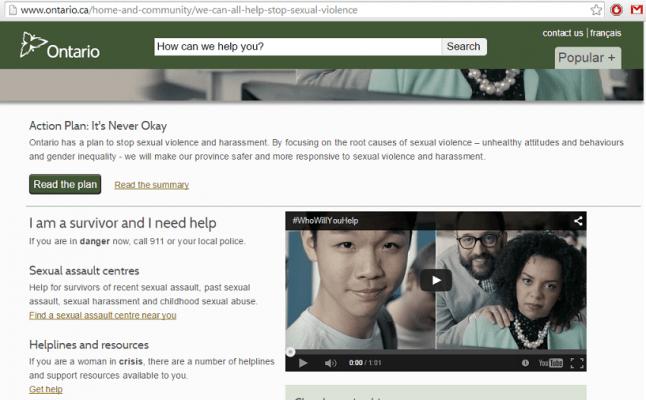