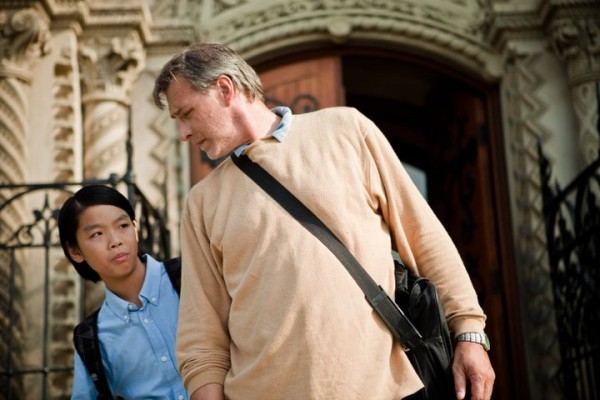 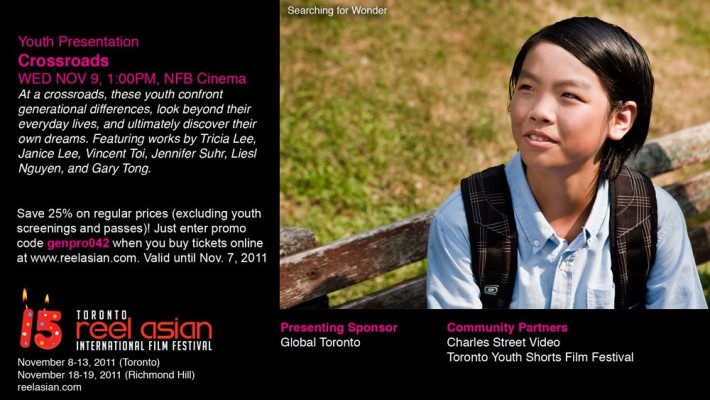 In 2010, my agency forwarded an email to my mom in which a young Toronto director Tricia Lee of A Film Monkey Production invited myself to play a lead role in her upcoming short film production “Searching for Wonder”. It is about a 12-year-old child prodigy who attends University and lives in an adult world, who discovers the feeling of wonder for the first time when a street magician blows his mind with magic. It”s about a kid learning to be a kid again. My mom read the script and discussed with me, we both love this character and what this film would bring out, so I accepted the role – Kevin and I looked forward to playing it.

In summer 2011, after finishing my work for “Flashpoint”, I worked 2 days (August 6 &amp; 7) shooting this short film. The cast and the crew are all very nice and helpful, especially Tricia, a very dynamic and energetic, at the same time, rather strict director. Some shots/scenes we had to do many takes before she”d say “ok, let”s move on.” She made sure it is done as perfect as possible. That”s what my impression about her. “Searching for Wonder” was screened during 2011 Toronto Reel Asian Film Festival and on Bravo!, I went to the premier held at National Film Board (NFB) in Toronto. The production is indeed very nice! Everyone”s hard work got paid off! It is also a Bravo!FACT production.

Here is the video of the short film “Searching for Wonder”for your viewing pleasure:

Also check out those behind the scenes shots 🙂